Climate change threatens the health and safety of people, the economy, and environment, locally and globally. In Cuyahoga County, we are already seeing the impacts of a changing climate: warming temperatures, increasing rainfall, decreasing ice cover on Lake Erie, and a longer growing season. 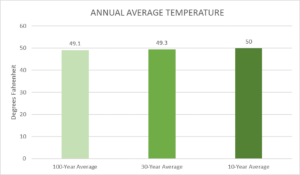 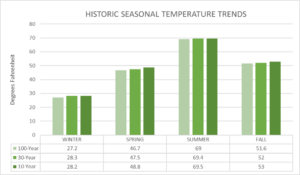 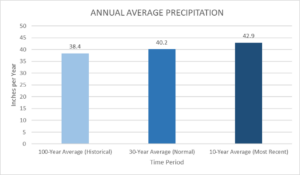 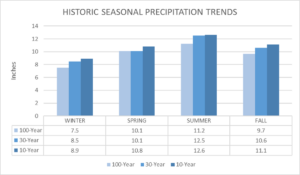 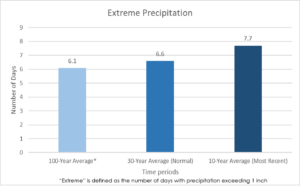 Data reported by the Great Lakes Integrated Science and Assessments show a dramatic decline in Annual Average Ice Cover for all of the Great Lakes (71%), including Lake Erie (50%) over a nearly 30-year period.  Reduced ice cover allows for increased evaporation from the lakes, causing the locally well-know lake effect snows under cold winter conditions, and generally increased precipitation otherwise. 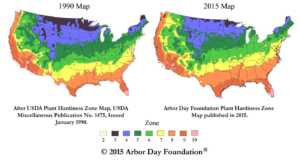 The Arbor Day Foundation has recently completed an extensive updating of U.S. Hardiness Zones based upon data from 5,000 National Climatic Data Center cooperative stations across the continental United States.” Our area has fully shifted from Zone 5 to Zone 6, which will not only affect which trees are right for planting, but also introduce a variety of environmental health impacts.

Changes in climate and our growing season, in particular, will introduce many new plants, insects, and arthropods to our area. Many of these species are known carriers of disease and are emerging threats to both ecosystem and human health.

The Ohio Department of Health recorded 34 human cases of West Nile Virus in 2017.  In addition, cases of Lyme disease have increased dramatically over the past ten years. 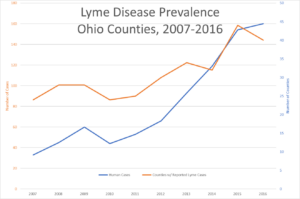 More health impacts of climate change for our region will be addressed in our planning process.

Various aspects of our climate are projected to change at different rates based on GHG emissions scenarios. See the U.S. Climate Resilience Toolkit for details on these projections in Cuyahoga County.

The impacts of a changing climate will be experienced differently by residents across Cuyahoga County, influenced by factors such as income, age, health, and where they live. We have completed a Climate & Social Vulnerability map tool that layers social (e.g., income, age, mobility) and physical factors (e.g., flooding, housing stock age, proximity to heat islands) to identify areas in the county where populations are most vulnerable to the impacts of climate change.