For planning purposes, the City of Cleveland is divided into 34 traditional neighborhoods, technically known as Statistical Planning Areas (SPAs). As the name implies, SPAs provide a framework for summarizing socio-economic and other statistics within the City. SPA boundaries were last revised in 2012.

The City of Cleveland’s Tree Canopy, as noted above, was at 17.9% of its land area in 2017. The canopy in fourteen of its SPAs were below the City average. Four of those low-canopy neighborhoods are dominated by non-residential uses characterized by impervious areas. (including two airports): Downtown, Cuyahoga Valley, Goodrich-Kirtland Park, and Hopkins. All four had extremely low canopy (below 8%) and high concentrations of impervious cover. These four areas together encompass almost 16% of the City’s land area.

Twenty neighborhoods exceeded the City average for tree canopy, including four with canopy near or above 25%. 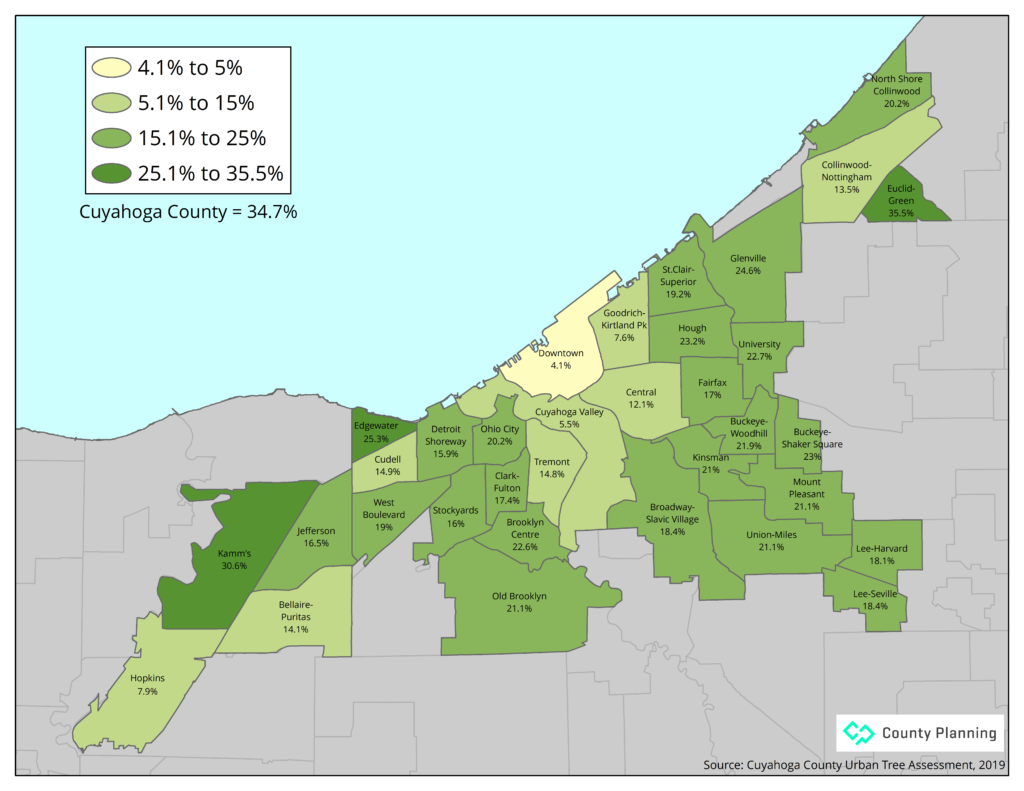 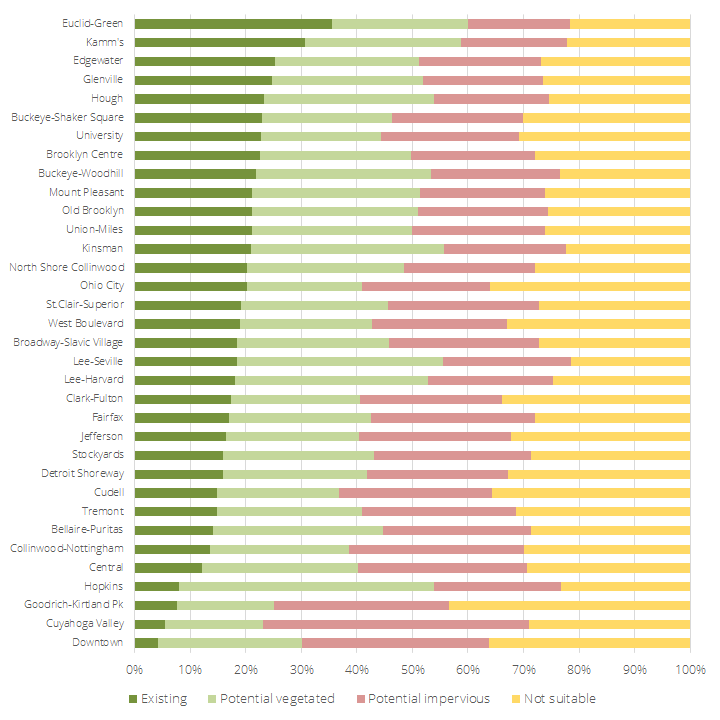 As observed among the County’s 59 communities, nearly all Cleveland neighborhoods lost tree canopy from 2011-2017. Losses exceeding 10% occurred in Detroit-Shoreway, Edgewater, and University Circle.

Only the heavily urbanized Downtown and Cuyahoga Valley neighborhoods showed increases above the countywide margin of error of +/- 1.5%. Cuyahoga Valley showed an increase of over 10%, though it is among the lowest in existing tree canopy overall. 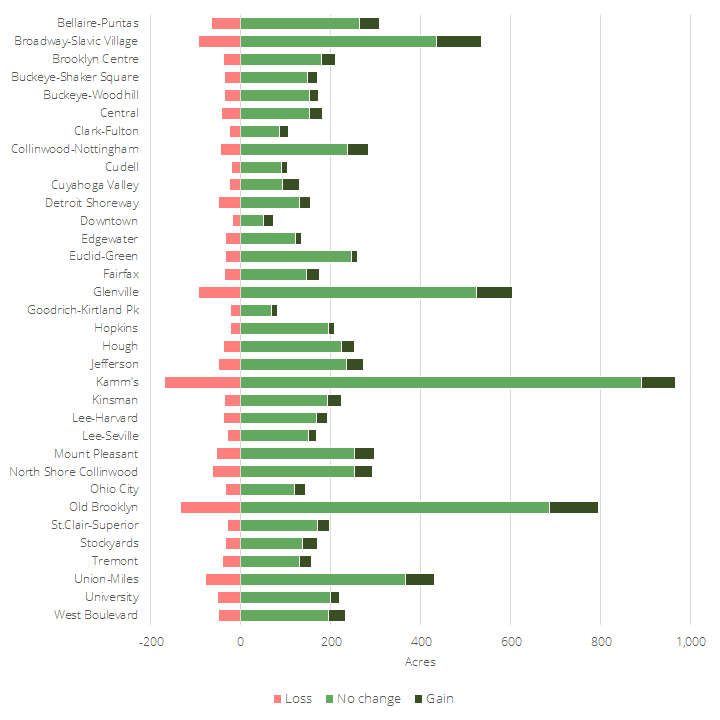 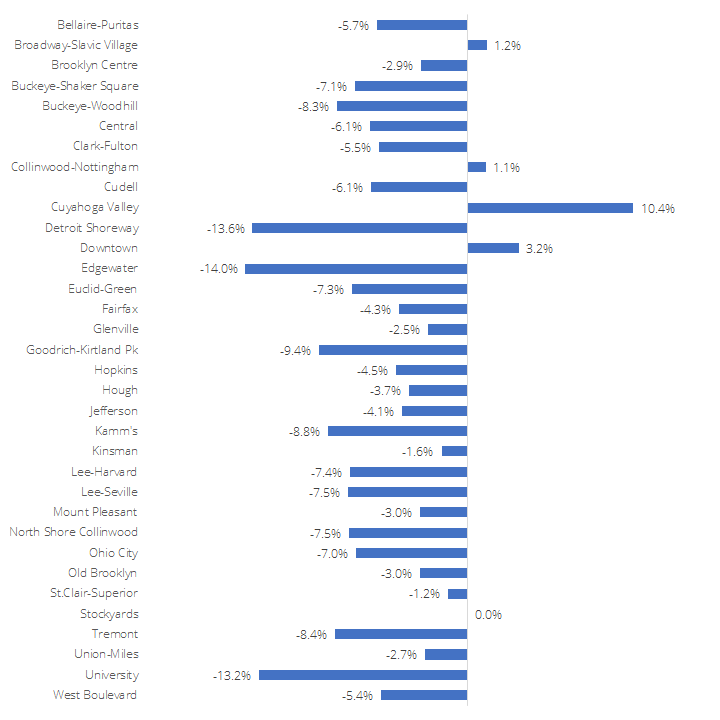