Public right-of-way covers about 13% of the County’s land area. Those rights-of-way can be further subdivided into “local” vs. “highway”.

Local rights of way are maintained by City arborists or their contractors, as well as by electric utility companies which periodically trim canopy around their power lines.

Highway land is largely maintained by the Ohio Department of Transportation.

For the rights-of-way analysis, sections of local rights-of-way were divided up by street names within municipalities. These individual street sections are best evaluated on the study’s interactive map. 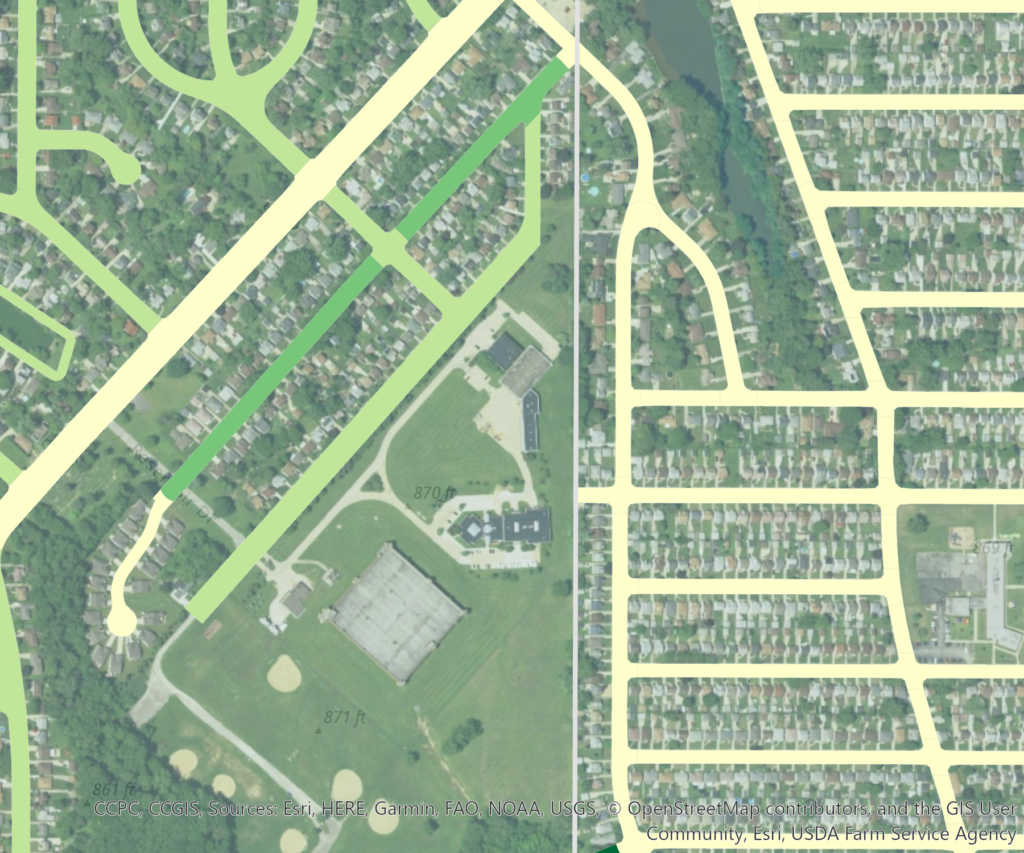 Countywide, about 15.3% of rights-of-way are covered by existing tree canopy, with local roads at 16.4% and highways at only 10.2%. As shown in the chart below, highways have a vastly outsized proportion of their land cover taken up by vegetated areas: 43.0% vs. 21.7% for local roads.

The degree of tree canopy within any given right of way is determined by a number of factors:

As a result of these and other factors, possible planting area will vary widely between rights-of-way. Countywide, 23.5% of city rights-of-way are covered by vegetated areas such as tree lawns and medians that could accommodate additional tree canopy. The possible tree canopy is likely to be underestimated, as large new canopy could extend well over the street pavement. 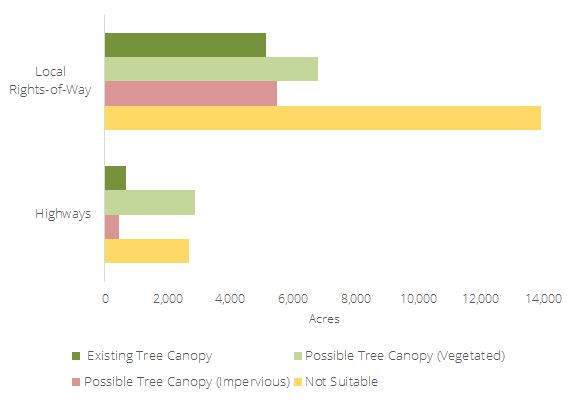 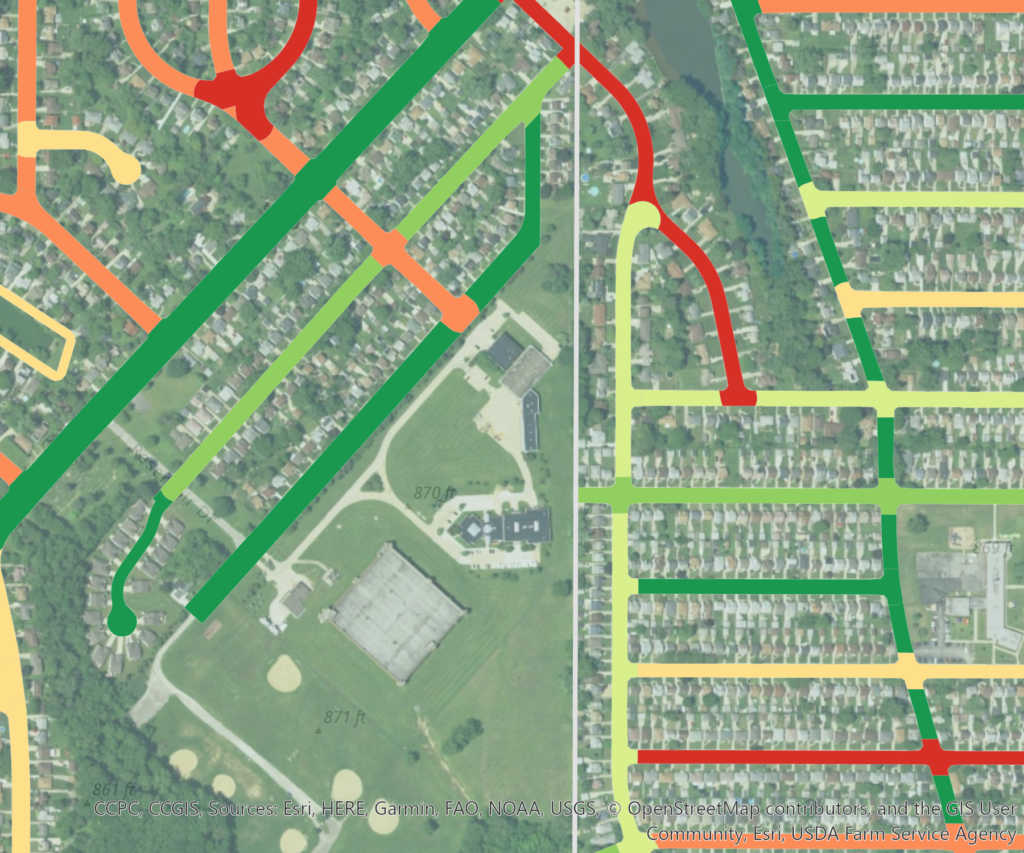 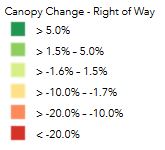