Under the leadership of Mayor Timothy DeGeeter, the City of Parma formed a Town Center Task Force in late 2013 to develop a cohesive vision for a vibrant town center. 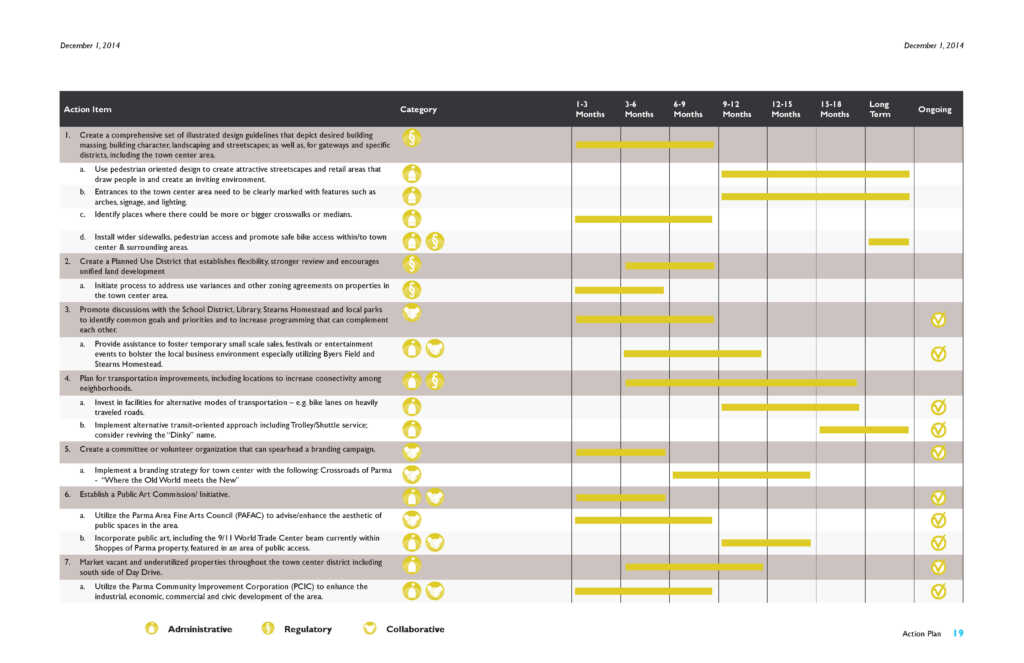