While the 2020 Census was underway, we compiled data about response rates in Cuyahoga County. Before the data collection process began, we prepared maps of hard-to-count areas.

As residents completed their 2020 Census forms, the U.S. Census Bureau shared the response rates, updated daily. Their mapper includes figures at the national, state, county, city, and census tract levels. The data can be tracked over time and can be compared to 2010 Census response rates. Additional interactive maps are available at the Census Bureau’s response rates viewers and at the CUNY Census 2020 Hard to Count Map.

This map shows the self-response rates of census tracts in Cuyahoga County.

The map and charts below show the self-response rates of Cuyahoga County as a whole, and cities, villages, and townships in the county.

To assist local communities in their efforts to obtain a complete count of residents, we prepared maps of hard-to-count populations, as well as some of the key factors that contribute to low response rates.

Each map series begins with a depiction of “Low Response Scores,” essentially the predicted non-response rate for the 2020 Census.  Areas with higher scores (darker shades on the maps) are predicted to have lower response rates.

Each of the additional maps represent indicators that are thought to lead to low response rates, including:

Use our interactive map to view additional indicators or scroll down to select one of our printable community-level maps sets. 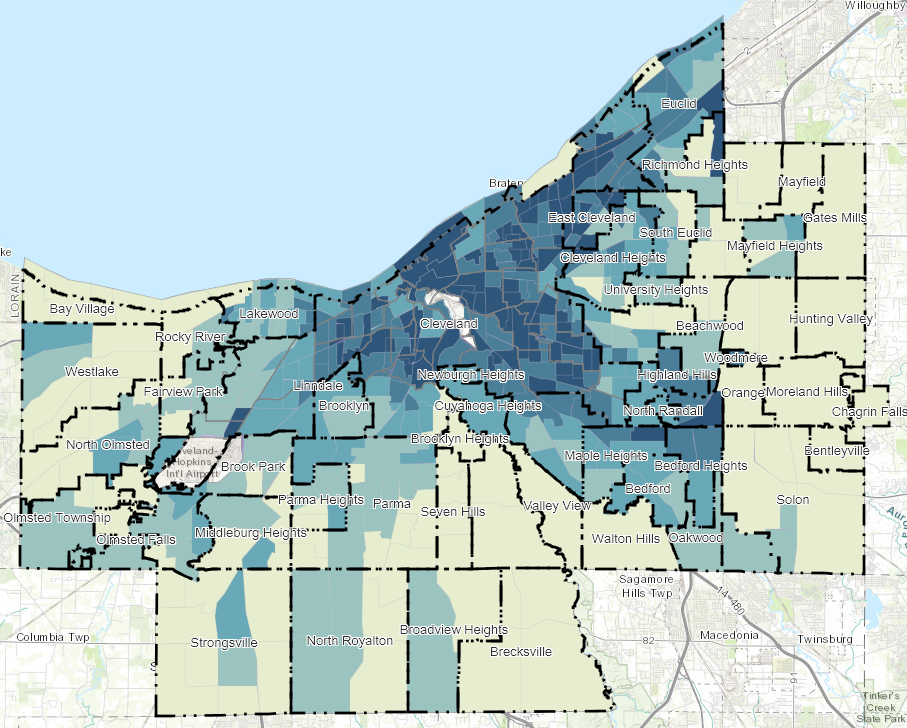 The sets of maps below by community were intended to help local leader target their outreach efforts.