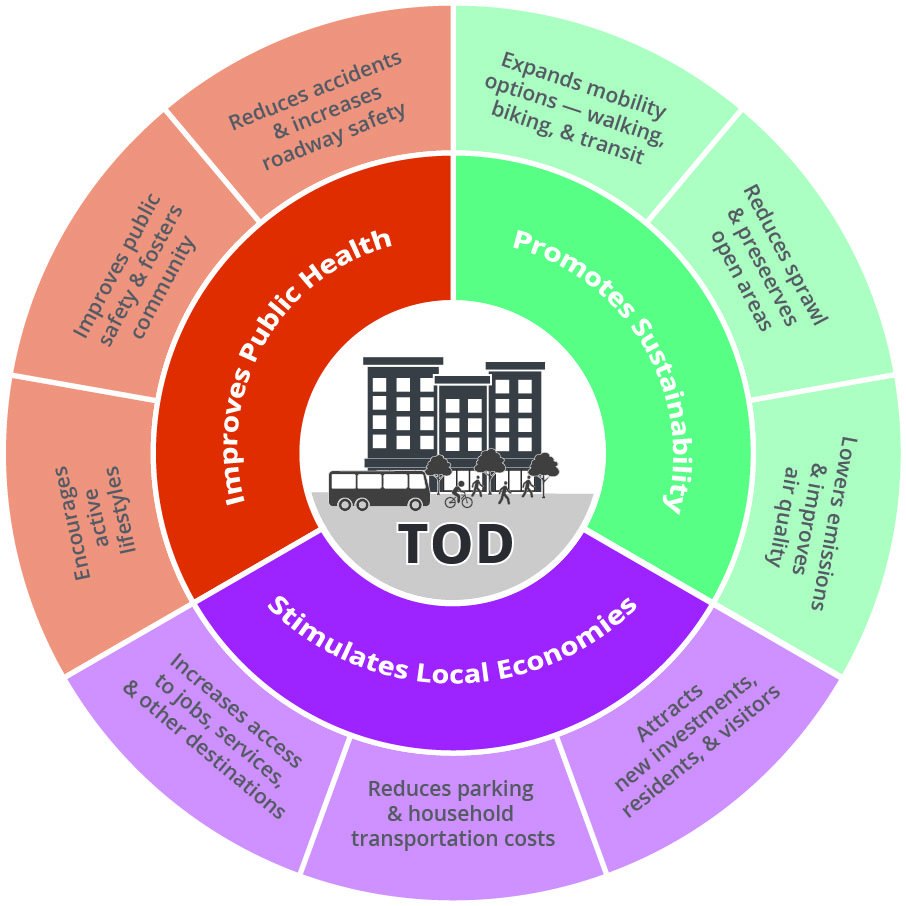 The goal of the Transit-Oriented Development (TOD) Zoning Study is to identify zoning regulations that could hinder TODs and help local communities improve their zoning regulations to foster TOD along key corridors. The materials released today represent the first phase of the study, and outline the state of TOD in Cuyahoga County. This includes a State of TOD document, an interactive overview, and a supplemental report on development trends in TOD corridors.

The first phase’s objectives were to define transit-oriented development and its benefits, determine key TOD corridors, and quantify existing TOD and future TOD opportunities. Major findings from this phase included: 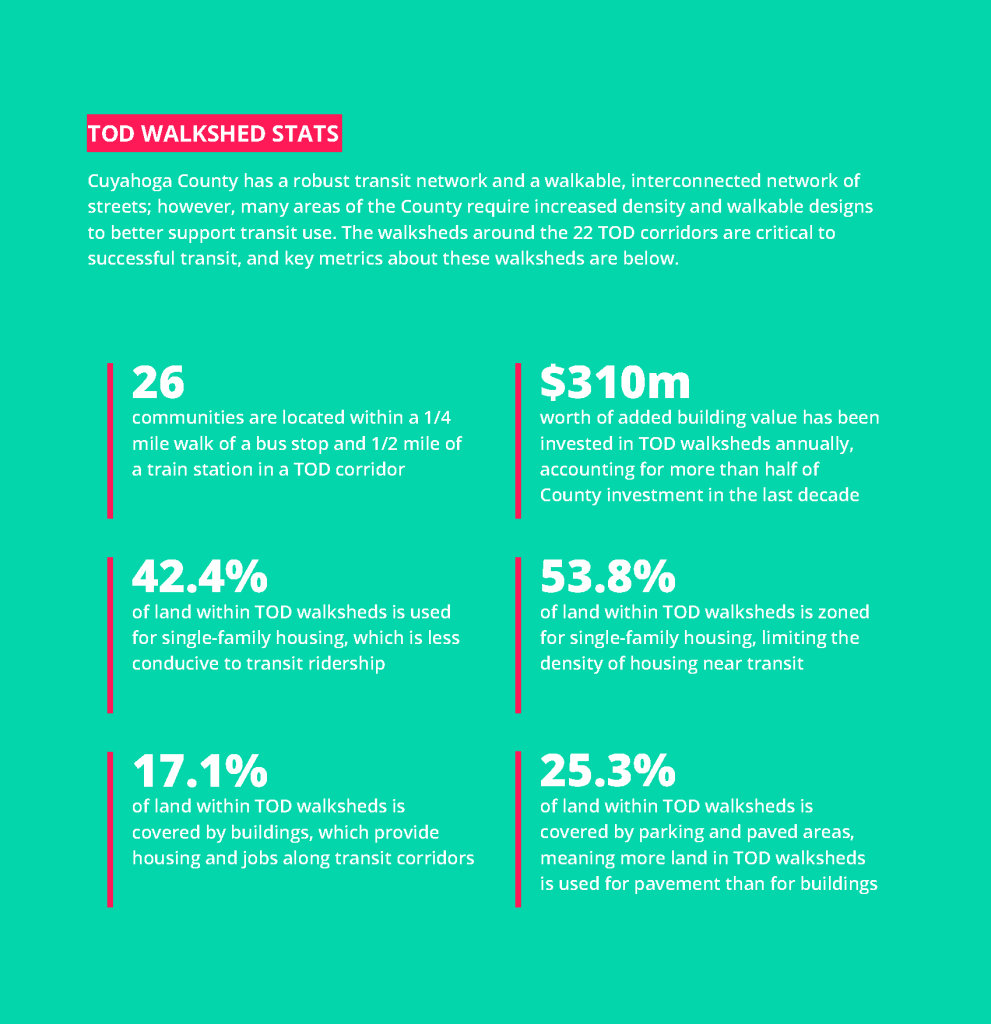 Future phases of the study will cover an analysis of TOD zoning, model TOD zoning, and TOD financing strategies.

The TOD Zoning Study is an initiative of County Planning and the Greater Cleveland Regional Transit Authority, in collaboration with the cities of Cleveland, Fairview Park, and Shaker Heights.