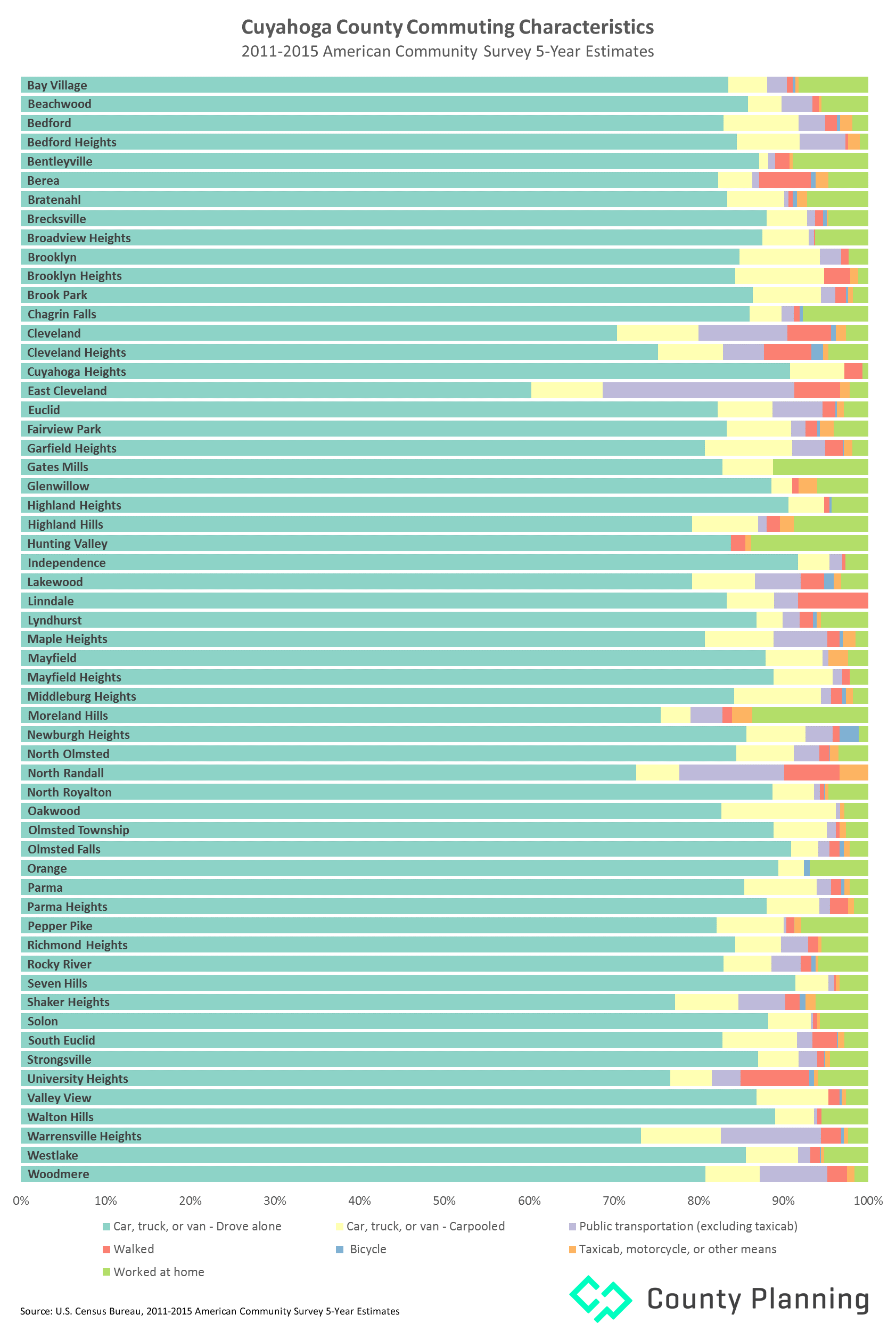 The U.S. Census Bureau recently published its annual five-year American Community Survey estimates. The 2011-15 estimates offer a wealth of data, including detailed statistics for every community in Cuyahoga County.

As an example of the available data, the chart above illustrates the latest summary of commuting characteristics for Cuyahoga County communities.

To see more local figures from this and other Census Bureau programs, visit our Census data pages.