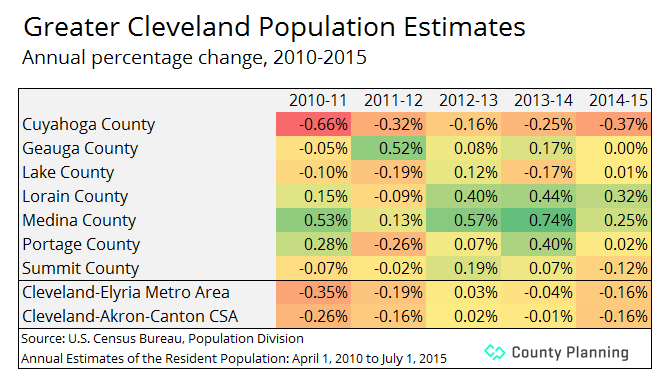 Today, the U.S. Census Bureau released 2015 Population Estimates for counties and metropolitan areas. We analyzed the data for Greater Cleveland.

Between July 2014 and July 2015, Cuyahoga County’s population declined by an estimated 4,689 people, a decrease of 0.37 percent. You can examine the annual percentage change for each county in Greater Cleveland in the table above. 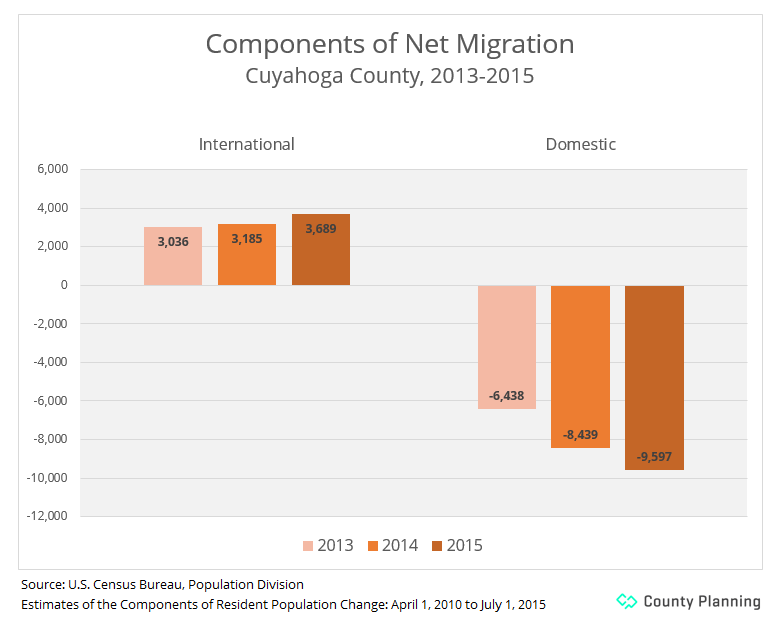 The new census data also provides information on the components of population change, including natural increase (births and deaths) and migration (both domestic and international). In the chart above, you can see the migration figures for Cuyahoga County in 2013, 2014, and 2015.

To explore the data in greater depth, please visit the Census Bureau’s American FactFinder for detailed tables on population estimates and the components of population change.  For 2014 municipal-level information, visit our Population Estimates page. Municipal-level estimates for 2015 will be available in May.