In concurrent phases, County Planning worked with the City of Maple Heights to review, prepare, and update the existing Zoning Map for both online and paper delivery, and reviewed and updated the Broadway Corridor Zoning Overlay with proposed text revisions.

As part of the Maple Heights Zoning Code Update, County Planning revised the City’s Zoning Map by applying all Zoning Map-related Ordinances after 2010, along with a multitude of edits and changes, which brought the map up to date; and addressed zoning inconsistencies within the commercial districts along the Broadway Avenue Corridor as identified in the 2019 Maple Heights Master Plan Update. 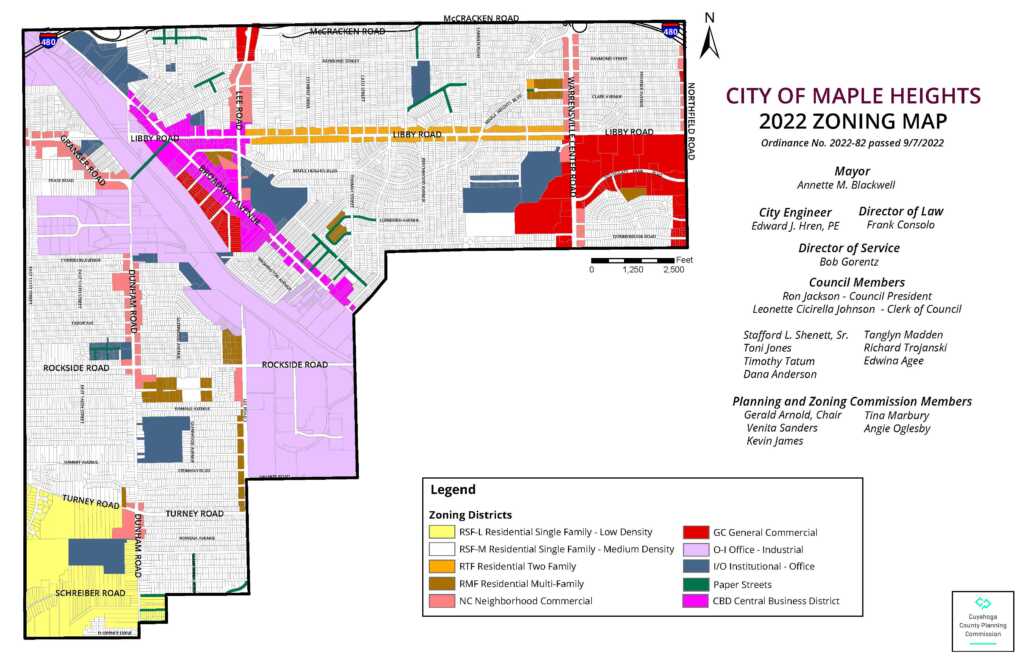 Modern commercial Zoning Districts throughout the United States allow for pedestrian-friendly, mixed-use developments. Maple Heights’ former Broadway Corridor Overlay would not allow this type of development because the Code was geared toward a car-focused shopping-only district. The updated Broadway Central Business District Code will allow the City to require future developments that better fit with residents’ vision for a more walkable future.

Overlay District vs Base Zoning 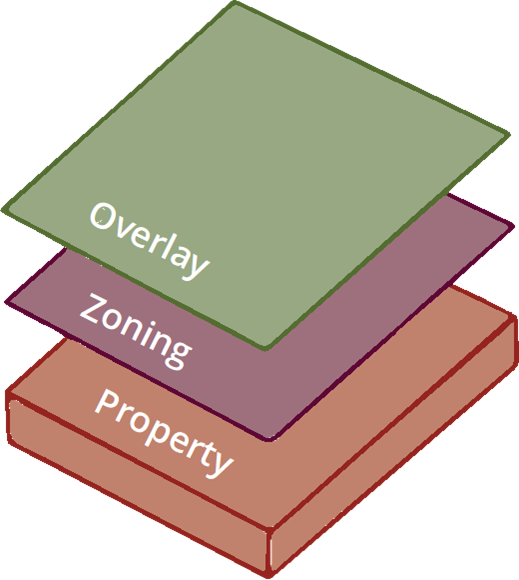 In Maple Heights, developments in the Broadway Corridor Overlay district can either follow the requirements of the overlay or of the base district, making the regulations less effective. In the Maple Heights Zoning Code Update, County Planning recommended adopting a new Central Business District base zone to replace the Broadway Corridor Overlay and increase the effectiveness of the regulations.

Review the Existing Broadway Corridor Overlay District Text and Gather Input
County Planning met with various users of the City’s Zoning Code such as property and business owners, members of City Council, the City Engineer, the Building Commissioner, and the Planning and Zoning Commission to review existing code language and identify areas of concern.

Identify Needed Zoning Map Updates
The existing Maple Heights Zoning Map was hard to read and had not been updated or digitized since 2010. The City of Maple Heights Administration provided a PDF copy of the current Zoning Map, a table of all rezonings and Ordinances, and a list of other map-related changes to County Planning to bring up to date.

Identify Needs, Issues, and Opportunities in Zoning Regulation
With input from users of the City’s Zoning Code, County Planning identified a framework of changes that included changes to regulations, definition updates, and modernization of permitted uses.

Draft New Zoning Regulations and Additional Design Standards
Working with the City of Maple Heights, County Planning prepared changes to the City’s Overlay District based on the issues identified in the zoning text review. County Planning tested proposed changes to the Overlay against existing sites in the City and across the region to determine whether the proposed changes addressed all issues and provided the City with the tools to promote desired developments.

Prepare Updated Zoning Map and Online Zoning Map
Using GIS-based (Geographic Information Systems) tools, County Planning digitized parcel and right-of-way data to apply all Zoning Map-related Ordinances and other map-related edits such as updated zoning classification colors for easier readability. County Planning exported the data into a PDF file, GIS files, and Adobe Illustrator files for transmittal to the City. We constructed an online map for use by the City and made it available to post on the City’s website for residents and other users, with links to the Zoning Code, Council Ward District information, and individual parcel information.