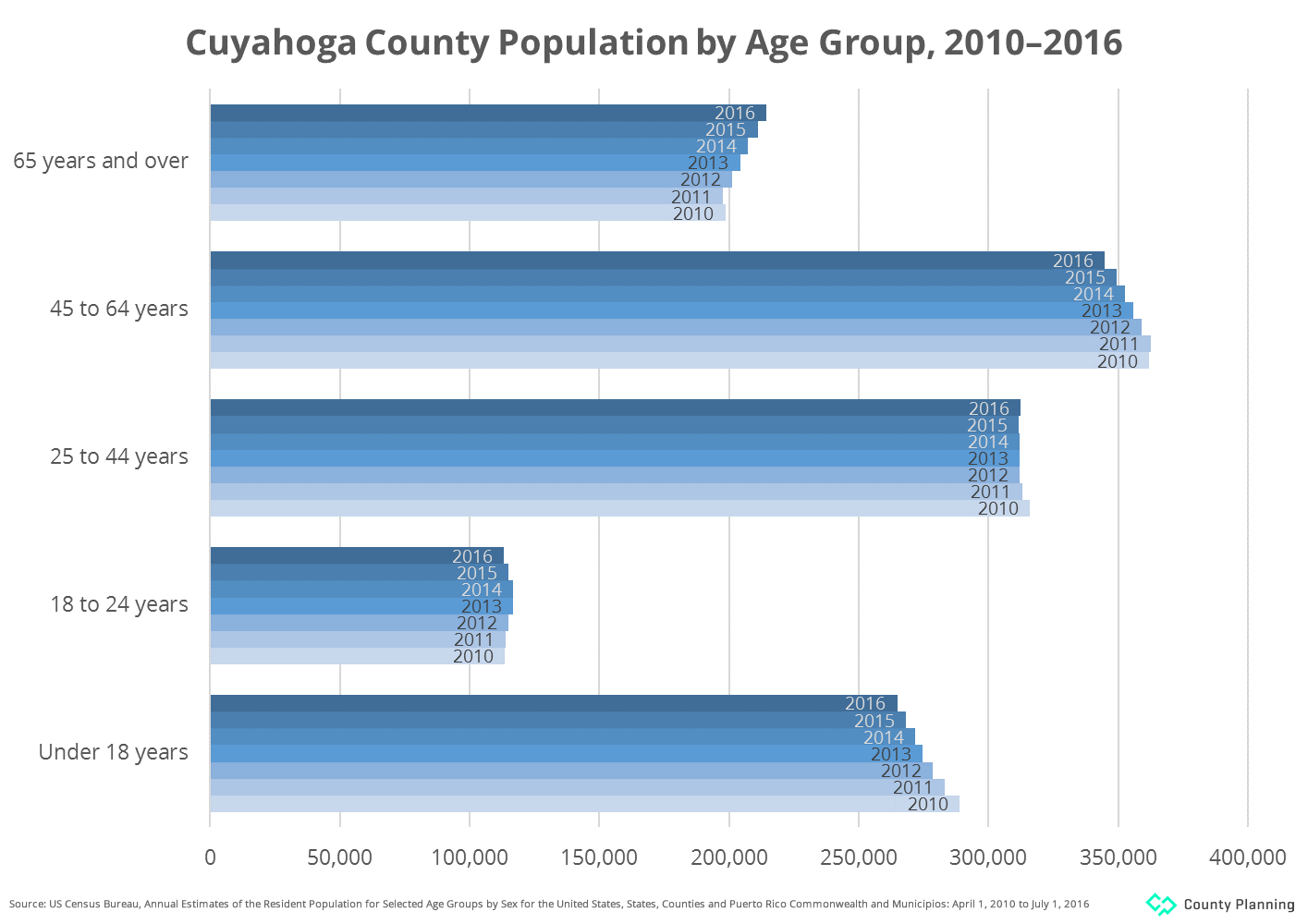 Earlier this year, the U.S. Census Bureau published its annual population estimates, first releasing county-level data and later releasing municipal-level figures. The county-level estimates showed that Cuyahoga County and the Cleveland-Elyria metropolitan area continued to lose population in 2016, with the county declining by -0.5 percent and the metro area by -0.2 percent between 2015 and 2016. However, the rate of the decrease was lower than in recent years. 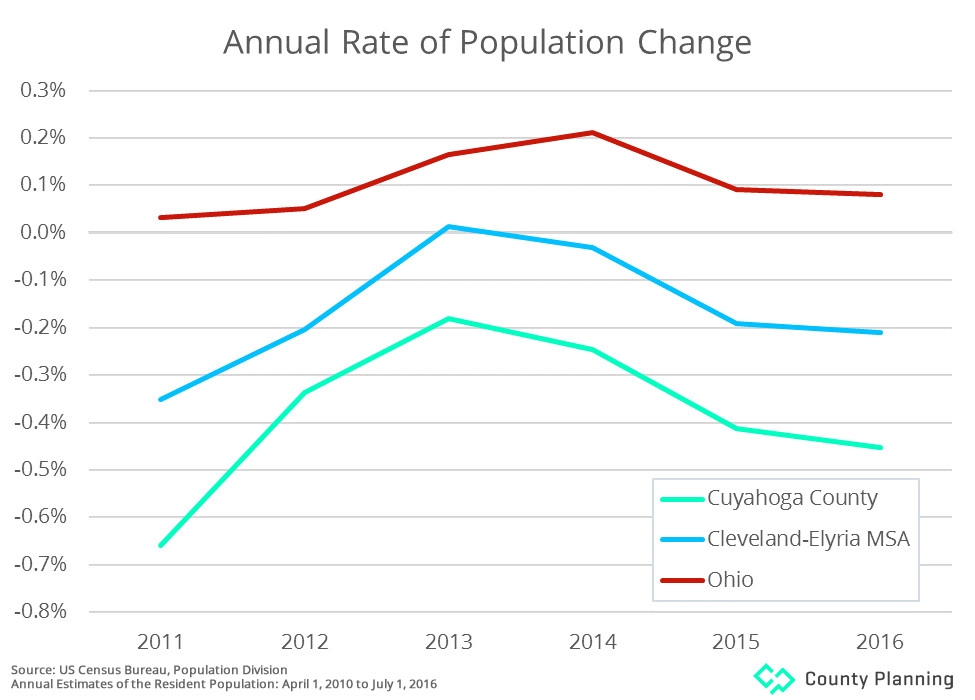 At the municipal level, the majority of Cuyahoga County communities also lost population between 2015 and 2016. Walton Hills had the highest annual rate of growth in the county, increasing by 2.4 percent. The City of Cleveland’s population fell by 2,003, giving it the largest numeric change, although many suburbs had higher rates of population loss.

Figures for every community in Cuyahoga County and for Greater Cleveland counties are available on our Population Estimates page.

More recently, the Census Bureau published detailed population estimates by age, sex, race, and Hispanic origin. This data provides opportunities to explore facets of the area’s demographics that may otherwise be hidden within the larger trends. For example, the chart below shows how Cuyahoga County’s population changed in different age groups between 2010 and 2016.